When I found out they were remaking Nodame Cantabile as a K-drama I was beyond excited. Unfortunately, life intervened and I was unable to indulge. Finally, I decided to just watch and I’m glad I did.

I’m on episode 8 of 16, that pivotal episode in K-drama where a love is actualized in a kiss, a mystery is twisted by a massive revelation, or a character realizes something life-changing. In the case of Cantabile Tomorrow, it is the third. Nae-il, the quirky and happy-go-lucky heroine, realizes what music means to her in a scene that made me cry. Beside her, Do-kyung, the insipid second lead, too, realizes something that magnifies the importance of Nae-il’s earth shattering understanding. The same is true for Yoo-jin, the musically gifted male lead who had all the technique necessary to be a piano virtuoso, but lacked the heart to connect with his audience.

In a performance two days prior to the pivotal scene, Yoo-jin finally allows himself to channel what music really is: an outpouring of the soul. He’d practiced and perfected his technique so that technical flaws wouldn’t inhibit a perfect performance. Instead, he realized what it was to actually perform – he connected with the orchestra behind him and the audience before him and he came away flying and utterly exhausted. That’s what happens when you pour out your soul.

Nae-il saw him do this. Before she watched him play, her attitude towards life was that life was for fun and play, and piano was the method that she used to play and have fun. After she watched him perform, she realized that music means more to her than just fun and play. As if possessed, she runs home and practices for two days straight, inspired by Yoo-jin’s soulful performance and also frustrated by her lack of refinement of technique. That lack hinders her ability to fulfill the yearning of her soul. So she practices to achieve what she’d heard in performance until her body cramps up and refuses to play. She curls into a ball on the floor to suffer through the pain and that is how Yoo-jin and Do-kyung find her.

Yoo-Jin queries her, wondering what is wrong, and she tells him that she can’t get the sound of his piano concerto out of her head, and also that she can’t emulate it. I love that the camera shows his reaction to her words, which is a reaction of pure wonder and innate understanding of how desperately a musician wishes to perform, and Do-kyung’s reaction, a look of utter jealousy. Do-kyung sees how music has brought these two together and realizes that there is no room for her to interfere. She even complains that the two “speak their own language.” And it’s true. Music is a language unto itself that fosters both emotion to be shared with many and emotion that can only be understood in the most intimate of circumstances. The violist of the Borromeo String Quartet once said to my graduate string quartet, “Don’t play in a string quartet unless you want to fall in love.” What she meant was that music is so all-consuming that is really is a melding of souls. It’s nakedly intimate.

What really hit me so hard about this scene is that it perfectly portrays how I feel as a musician. I love music so much, but I haven’t had the fortune to make it my sole career in life. When I can’t play, I feel sad, but life draws me passed the sadness into a complacency I’m loathe to admit. But when I hear inspired performances, it’s a joyous as well as a heart-breaking affair that inspires such a will to practice that I come away sleepless, with blisters on my fingers, and muscle cramping. But I barely realize all of that – it gets lost in the joy of perfecting technique and allowing that perfected technique to let my soul sing. It sounds cheesy, but it’s that inspiration I saw in Nae-il and that inspiration that moved the scene and made me bawl my eyes out. I feel the jealousy that Do-kyung feels of two people who can make music. It brings them together in a way that words cannot.

How many musicians out there feel like I do? That overwhelming power of playing music. Yes, it can be frustrating, boring, ugly, and all sorts of negative adjectives, but in the end, the reason we do it is that music is the best way to allow our souls to speak. Many people have a medium like this. Some find it in art, theater, dance, math, science, sports, teaching…it’s not the act, but the fact that your soul channels through it and the skills you have polished to do so. Cantabile Tomorrow just happens to show the path that my soul best recognizes: classical music. Yoo-jin discovers it through his performance and Nae-il discovers that she wants it. It’s powerful stuff, that musical drive.

I thought that the musical imperfections of the show would turn me off (and let me tell you there are quite a few), but this scene more than made up for it. It captured what music means to me, and means to so many musicians, both those who have succeeded in making careers in music performance and those who play when they can like I do. 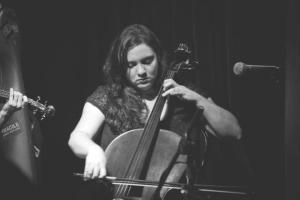 Here’s to my cello, my heart and soul.

← “Twenty” – A Film Review
→ Adventure to H-mart: A Korean food and language adventure!