Hi all. I’ve been watching loads of stuff lately and some of it I love and some of it I haven’t been able to finish. I know I’m not watching some of the mega-popular shows (like Oh Have-young), but a girl only has so much time! Without further ado, checkout my short review of what’s been happening in Dramaland!

As a good Viki employee I tried to watch this, but I failed. It was a bit too intensely cheesy for me, although the show really does capture the heart of the typical fangirl quite well. Justin Chon was amazing (and it came out just in time for BgA to debut!) It’s really a time-friendly web-based format. You can finish the whole series in just two hours! It just wasn’t my thing. I fangirl, but not that intensely. I couldn’t relate.

I couldn’t finish this. I just couldn’t. There was something about the plot that didn’t jive with me. The performances were pretty darn good, maybe a tad over-the-top, but I couldn’t get behind how the whole mechanism of action worked, how the pollen was flowing. The bromance between our dead souls was the best.

Descendants of the Sun 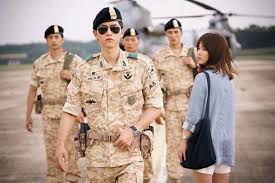 I got to interview Jasper Cho. You should check it out. In general, this show was good in the sense that it was easy to lose oneself in. In terms of structure, well, we all know it didn’t make a whole lot of sense and all of my HanCinema reviews detail that. Yes, Song Joong-ki and Song Hye-gyo were amazing. Jin Goo made a  silent man lovable. The side characters were easy to get into. It was the overarching plot lines that were just…poorly written and organized. I think DOTS is more a symbol of a changing industry than anything. It was lucky to have talent included, but more than that, it reached the world. Papers all over the world wrote about it, foreign money filtered in to make it happen. It’s a major signal of an attempt to change K-drama as an industry.

I. LOVE. Jung Kyung-ho and Jang Na-ra. They were so great together. She show trailed off towards the end. It was good for a single watch, but I can’t say that it was good for much more. It seemed like an attempt to capture the feeling of “The Woman Who Still Wants to Marry” and in a way it did. But in a way it didn’t. It got bogged down with the absolutely wooden second lead and second lead romances.  Da-jung’s rekindling of her marriage was sweet and deserved more airtime. Yoo In-na is a personal favorite, and I was glad to see her, but her character was…so meh. Same for Seo In-young. Her character was working with an unrepentant cheater. I hate the fact that this show gives such disrespect to women a positive spin. Just…no.

Cheese in the Trap

Well, talk about a drama steeped in controversy. And now Park Hae-jin is doing the movie?! I really would love to be privy to the thought process behind that decision. I’m very upset that both Park Hae-jin and Kim Go-eun got so much scrutiny and flack.  Baseless assumptions are so damaging in K-pop and K-drama and K-film. It’s something I really want to see change, netizen behavior.

As for the ending, I didn’t much mind it either way in and of itself. I would’ve liked to see how Yoo Jung’s character took responsibility for himself and worked on improving his pretty major flaws. The chemistry between the leads was great. It was Seo Kang-joon’s best performance to date. There was so much good in the show, but it got drowned in the bullcrap.

Also, the disrespect for the webtoon writer Soonkki was uncool. Again, the scurry for ratings mixed with the scathing and intimate involvement of fans and netizens was to blame.

Just like the rest of the Answer Me Series, 1988 was poignant, great at making the little moments feel like huge stepping stones, and great at integrating the periods current events into the lives of the characters. What was different was the focus on family, and with that in mind, the friend-group of parents was just as strong as the friend-group of children growing up. I was so blown away by the parents, especially Ra Mi-ran. Watching this show was almost as powerful as living through the things that parents go through: trying to figure out how to relate to children, how to overcome menopause, how to deal with fixing household appliances without blowing up at one’s husband! Just the silly every day things became moments of television gold. Plus, the friendships between the kiddos were beautiful.

Let’s touch on the ending. I never cared who the husband would be. That wasn’t what made the ending infuriating. It was the lack of resolution for Jung-hwan, Jung-bong, the parents, and Dong-ryung. Jung-hwan became the healer in his family as the years passed just as his mom was the glue that kept them together. He grew so much. He learned how to love and let go. He learned to follow his own path. We never saw that follow through. We only hear that Jung-bong was a chef. We only heard about a parent’s birthday in the present. The parents who were so integral to the story just faded away to memory. Parents don’t just disappear as kids grow. My parents and I are so close as I get older. They are friends and help me keep my childhood memories alive.

Also, this show made me cry constantly, in the best of ways. It may be my favorite of the series. It also won national acclaim, appearing in the New Yorker just recently. For an article written by a non-fan, it’s amazing. I have a few quibbles with it. It failed to touch on the very Korean elements of family that make the show so special and also the fact that things so distinctly Korean have universal messages. It failed to highlight that those pop-culture references were integral to life. And people in every country can relate to whatever has happened in a similar fashion in their lives and their nations.

I’m currently covering this. Ji Seong is KILLING it. Unfortunately the whole show is kinda slow. Hyeri isn’t as captivating as she was in Answer Me 1988. Kang Min-hyuk is great, but overshadowed by the enormity of Ji Seong. In fact, the whole show is in his shadow. I’m sad because Jeon No-min is usually that sort of actor.

I find things to easily resolved in this show and too easily satisfied, especially the heavier subjects like sexual assault, media interference, and intellectual property theft. The show has a chance to make commentary, but it focuses on the dramatics, and that, while not always bad, is unhealthy in overuse. I’m enjoying the show, but I can’t say I’d watch it again.

What a hot mess. The actors are WASTED on these roles. It makes a mockery of history. It poorly integrates plot points. It’s incredibly linear, jumping from event to event like an episodic drama rather than weaving plot points in and out as mysteriously and viciously as the politics were at the time. I’m so glad it’s over next week 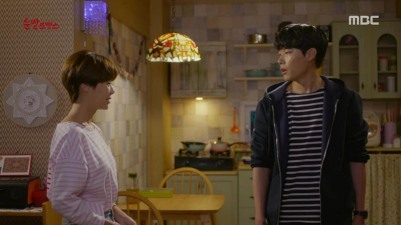 I so don’t jive with the premise of this show. But what makes it good is that Bo-nui knows she’s crazy, but she’s so desperate to save her sister that she’ll do anything. Soo-ho is so socially awkward as many brilliant people are that he’s realistic. He reminds me of my brilliant little (taller) brother who is a little socially awkward and a whole lot of awesome.

Speaking of amazing, I was never a super fan of Hwang Jung-eum, but damn can that girl deliver an emotional punch. She takes a very silly concept, and makes it very real. Bravo. She’s totally carrying the show. And Ryu Jun-yeol, he expresses so much with so little movement. He has such great control over his body posture, the muscles in his face, and the actually voice quality of his line delivery. Just wow. Respect.

Plus, I love that he’s really finding his acting career later than all these teenage idols. You don’t have to be 14 to be good at what you do and make other people happy doing it.

Mirror of the Witch 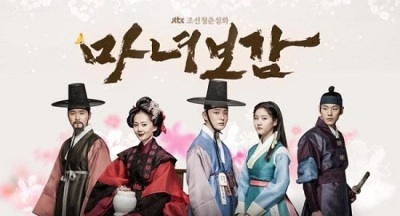 My favorite airing show. I know there is this trend of pairing really young leading ladies with men ten years older, but in this, I. don’t. care. Kim Sae-ron is ageless in her acting and she has magnetic chemistry with Yoon Si-yoon. Also, I love that she isn’t traditionally pretty and she’s just so expansive, feminine, strong. I’m very impressed by her and I always have been. Yoon Si-yoon is fabulous. He has always been so great at transitions between little moments. His anguish is palpable as are his other emotions. He treats Kim Sae-ron so tenderly on screen, you can feel the respect there. I appreciate that.

Also, the story is WICKED. I love it. Love the villain played by Yeom Jung-ah, a strong female character with a plan for domination and who is clever and powerful to boot. YES. There is a keen balance between recorded history and the mystical reimagining. The annoying characters aren’t over-the-top or overly present. The mysticism is appropriately placed in check by a set of rules.

Is it time for the next episode yet?

Okay folks, what did you think of all these dramas? Were your gut reactions different than mine?

One response to “Dramaland in Review #3”