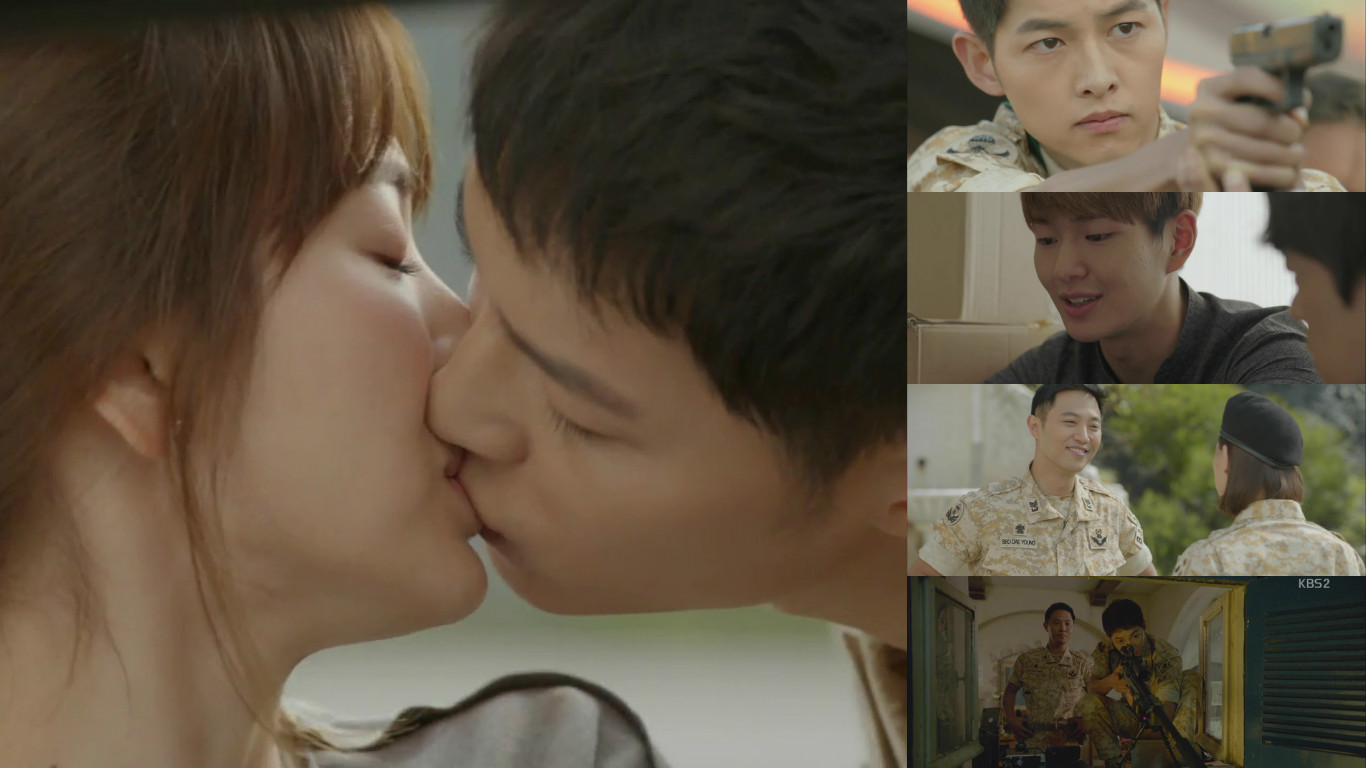 If there is one thing that can almost always bolster ratings it is a good kiss…or two! Hello 30% ratings – 30.4% to be exact. The Song-Song couple not only shared two very romantic kissing scenes (and a good roll in the hay,) but the episode was bolstered by the high-intensity romantic moments between Song-Song and Myeong-joo and Dae-yeong. There were a few small moments, those beautiful moments that showcased themselves during the thick of the earthquake, that colored this romantic episode for the better.

The chief non-romantic moment belonged to Chi-hoon, and Onew, whose immense guilt over his cowardice as a doctor weighs him down so heavily that he gives up his seat on the plane home. I was very pleasantly surprised by Onew’s performance and hope that we can see significant growth in Chi-hoon throughout the drama, especially with the perceptive Doctor Song as his mentor. That growth is great for the character and also for Onew to really delve into nuanced acting.